Eddie Van Halen is known for infusing his iconic guitars with their own identity. With his visionary hands-on approach to personally modifying his style and tone, Eddie has created some of the most memorable guitars in rock ‘n’ roll history.

One of those guitars became as iconic to Van Halen’s sound as tapping was to Eddie’s playing. Aptly named the “Shark,” Eddie took his angular offset axe and sawed a chunk out of the body, leaving jagged edges in the wood that resembled teeth. After applying a coat of silver paint, Eddie added tape in his famed striped pattern and then grabbed a rattle can of burgundy Schwinn bicycle paint to finish the job. The final striped creation was initially seen live during the first Van Halen World Tour in 1978, but became more widely known and adored by fans after appearing on the back cover of Van Halen’s 1980 album, Women and Children First.

After years of receiving requests for this famed instrument, EVH® is proud to release the new Striped Series Shark model. This high-performance axe features an angular ash body that is paired with a rock-solid set maple neck, carved to a comfortable modified “C” profile. The neck also features a “hockey stick” headstock and the same striped paint job on the back, while the fast-playing 12”-16” compound radius Pau Ferro fingerboard has 22 jumbo frets and white dot inlays. 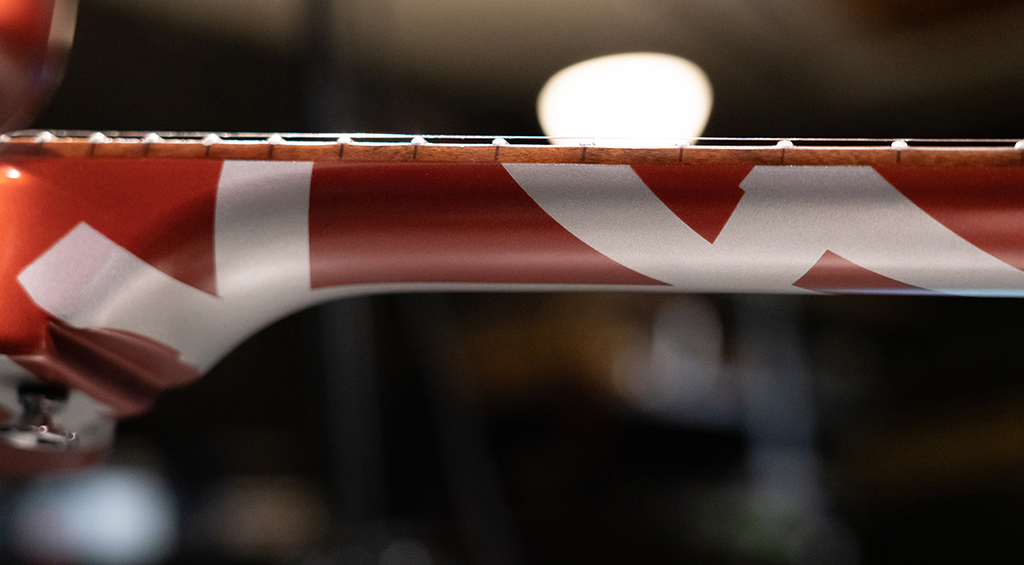 The quartersawn grain runs the length of the maple neck and as well as being visually appealing, creates a stronger piece of wood that is less susceptible to shrinking, warping or splitting. The set-neck design joins the neck to the body of the guitar with a tightly fitted mortise and tenon joint secured with a strong adhesive, which results in more sustain, warm tone and easy access to upper frets. 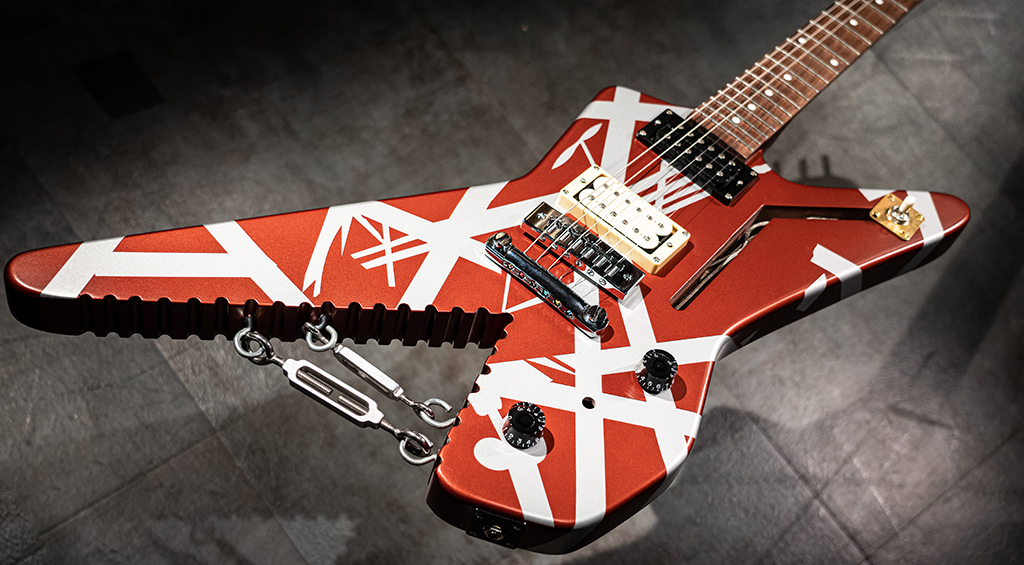 The dramatic angular offset body of this axe had a chunk sawed out of the body, leaving jagged edges in the ash wood that resemble teeth. Aside from its unconventional style, the Shark’s ash body wood delivers a musical and well balanced tone, all while having that snappy bite. 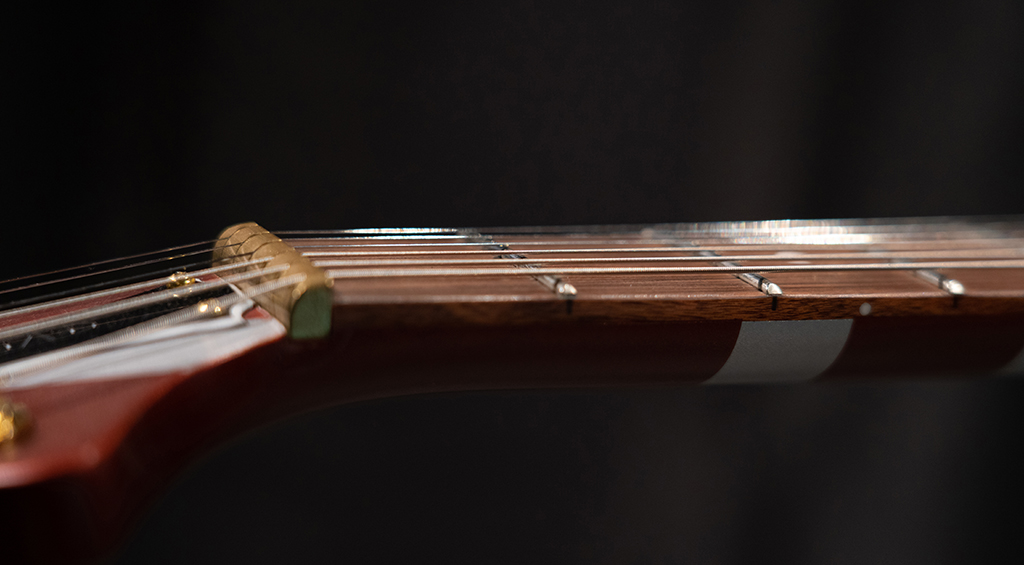 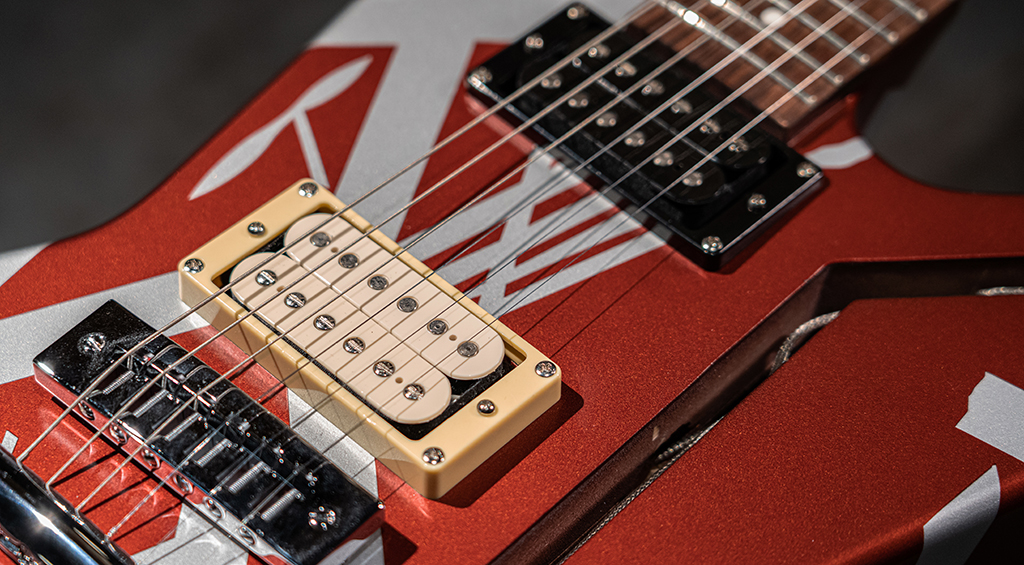 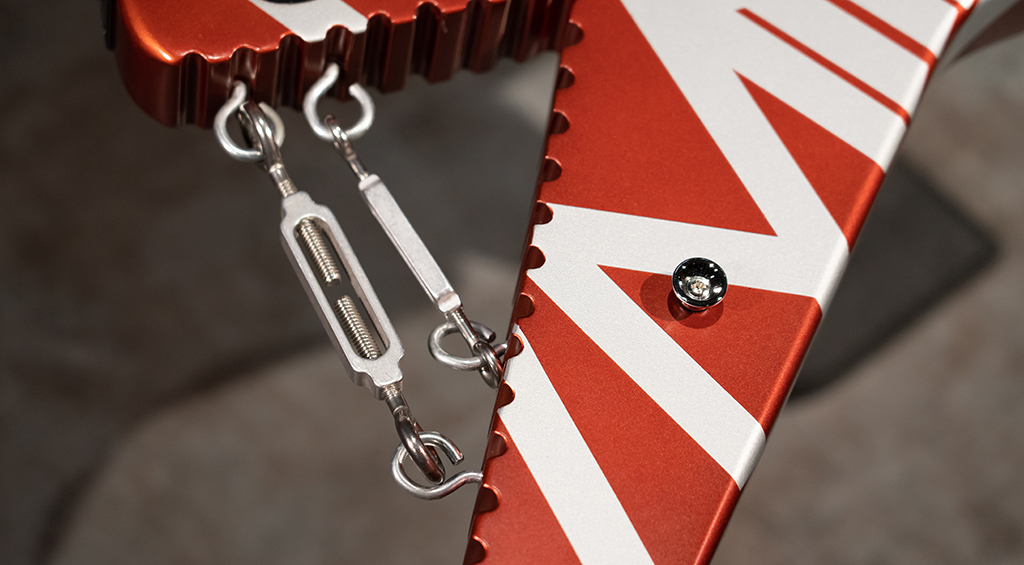 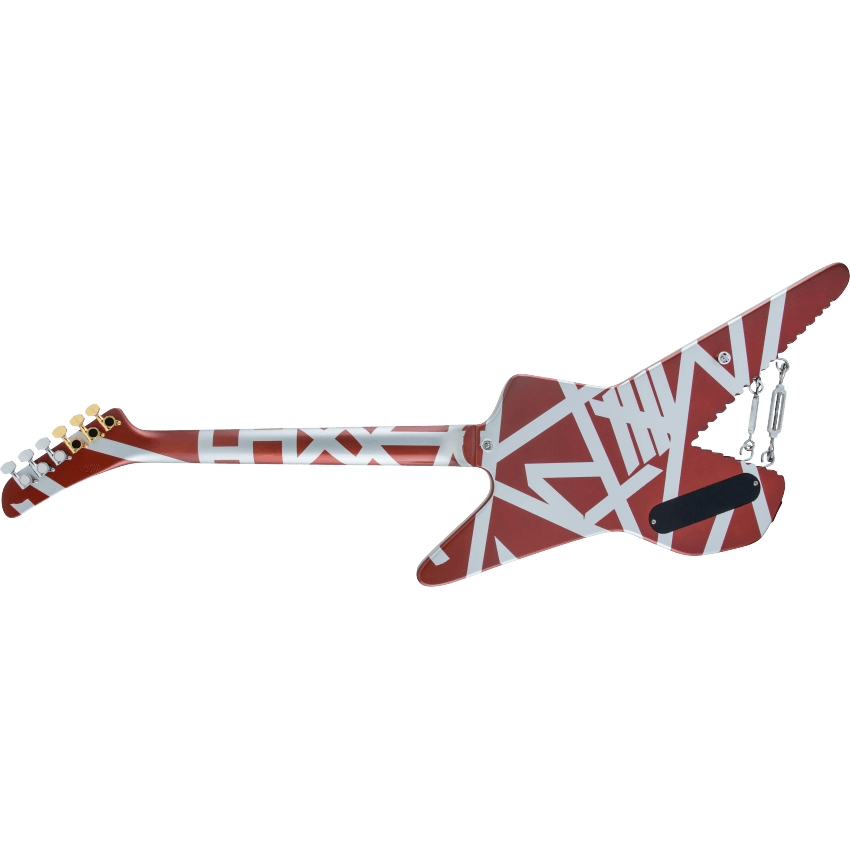 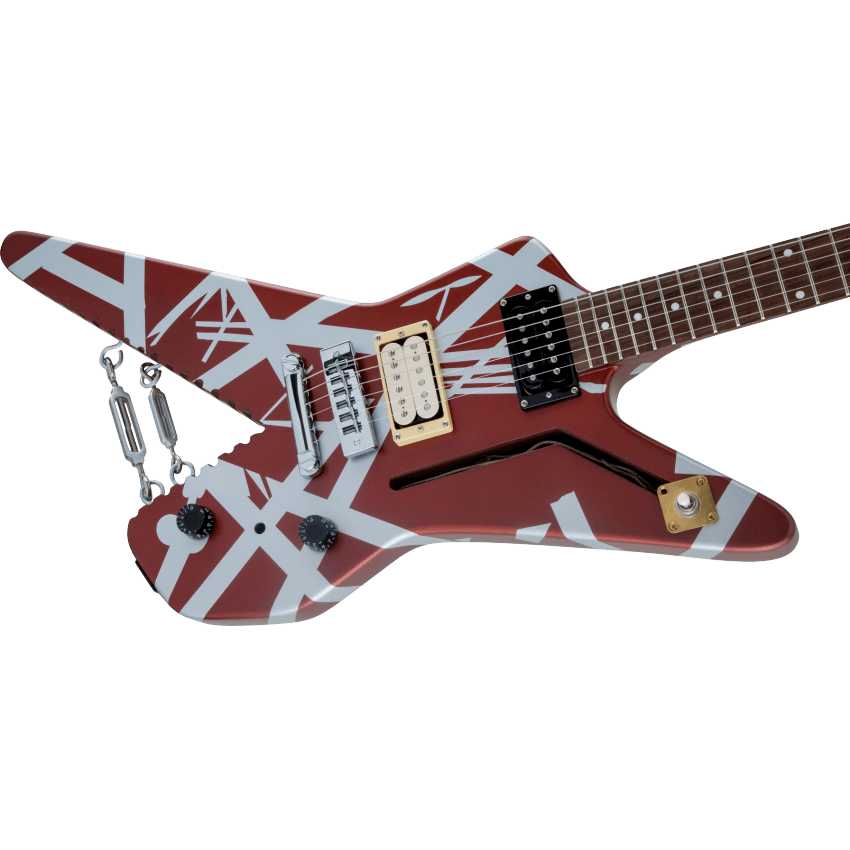 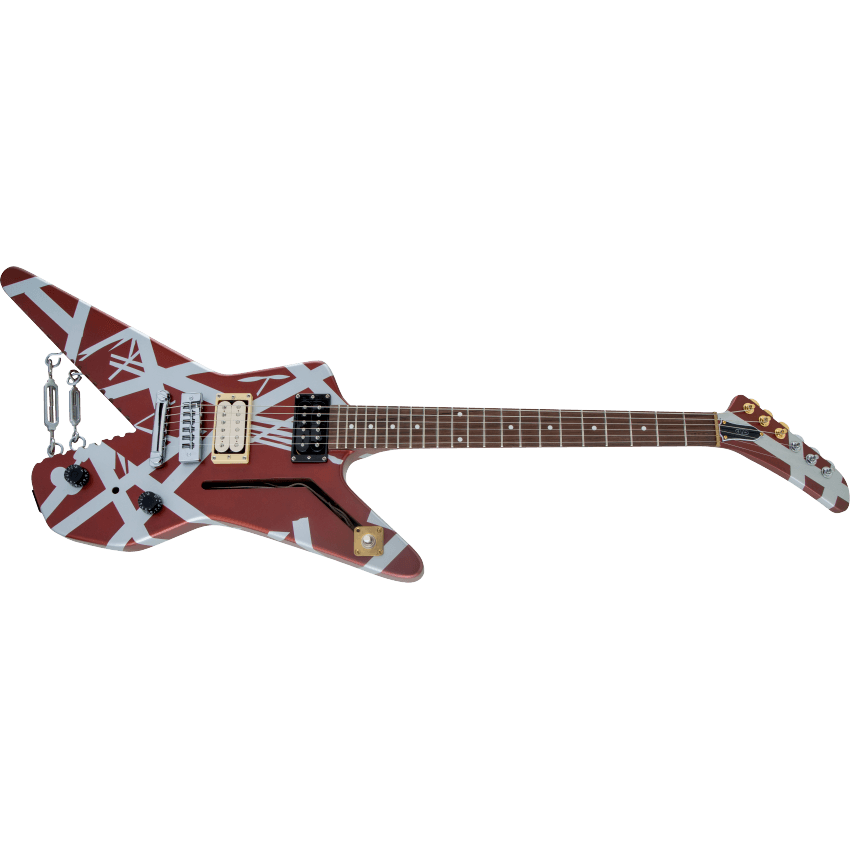 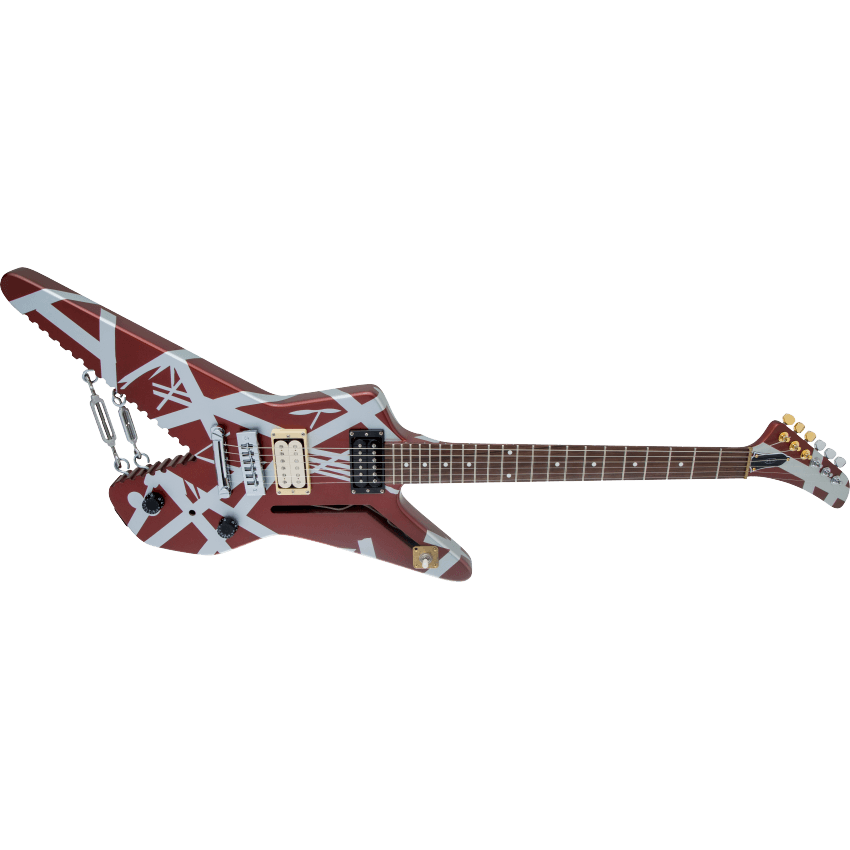 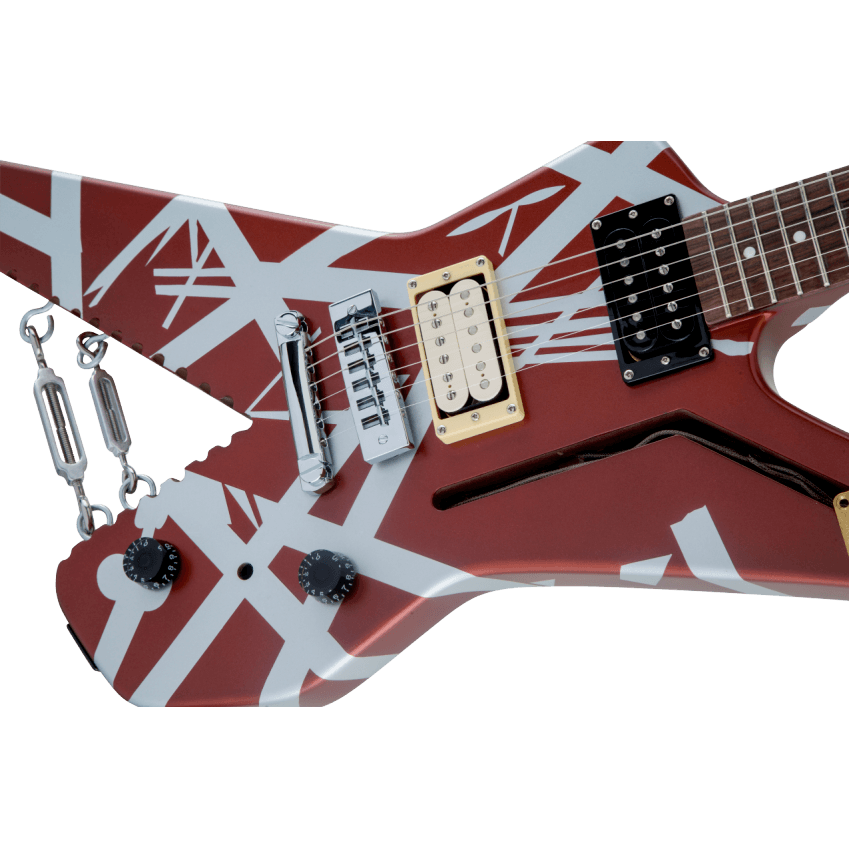 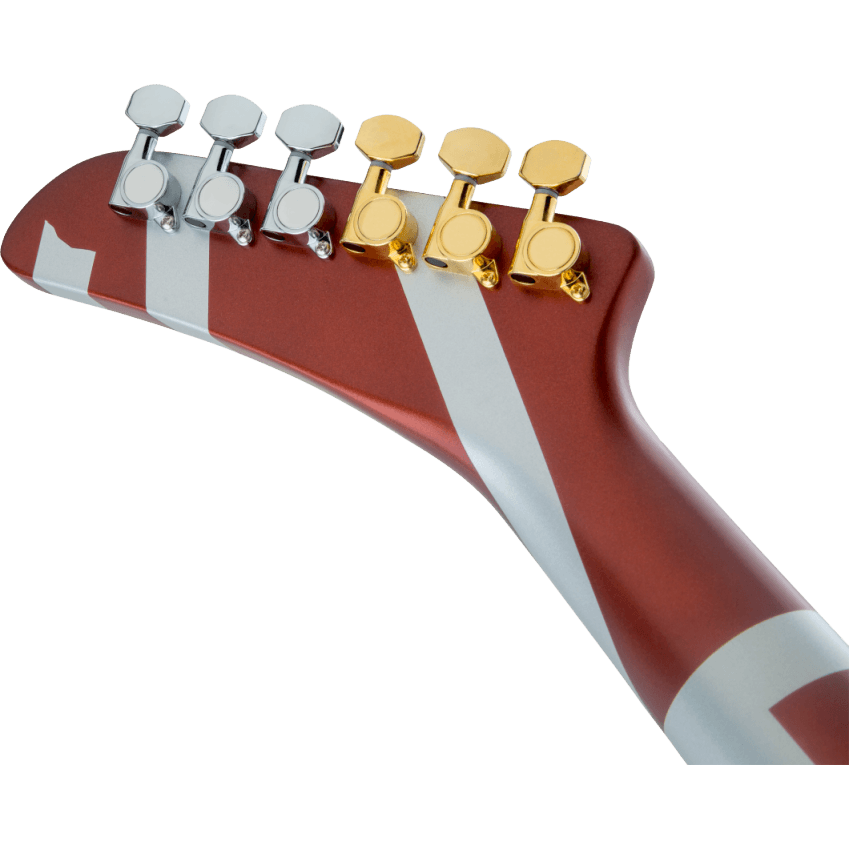 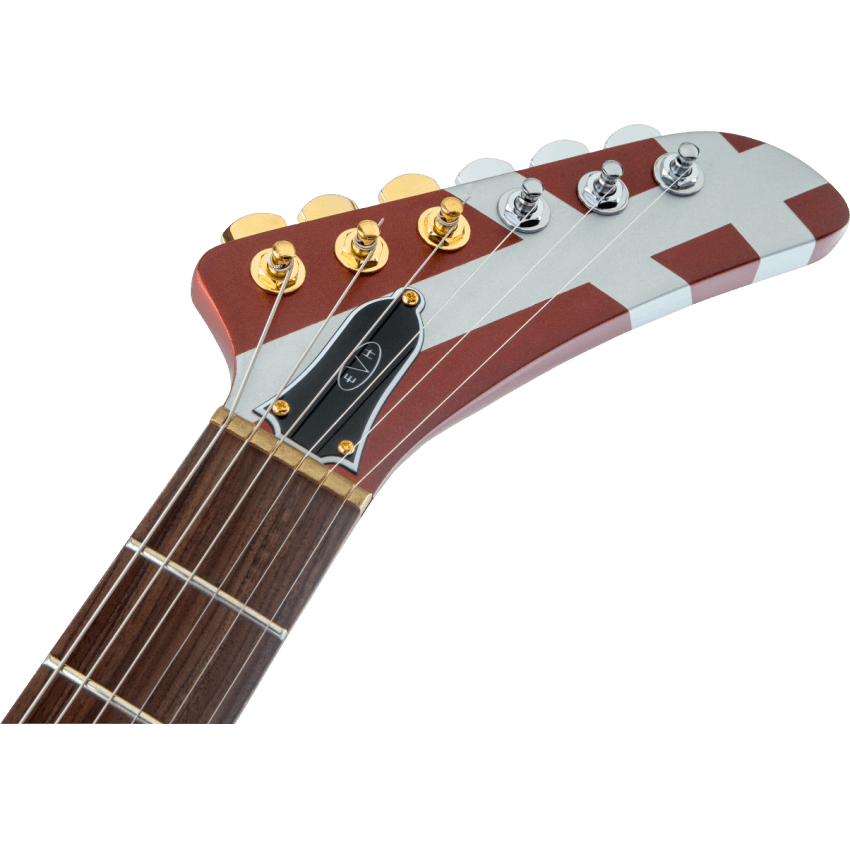